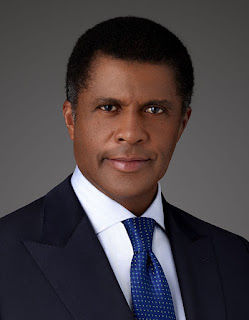 He has also held the positions of Professor and University Chairman of Pediatrics at Albert Einstein College of Medicine and Physician-in-Chief of the Children's Hospital at Montefiore (CHAM), where he worked to deliver best-in-class clinical care with a commitment to healthcare access for the underserved. Under his leadership, U.S. News and World Report ranked Montefiore Health System’s specialties in the top 1% of the nation’s hospitals and CHAM as one of “America’s Best Children Hospitals.” Dr. Ozuah also has a strong commitment to medical education as well as deep academic medical research expertise, including as an NIH-funded investigator and as Professor and Chairman of Pediatrics at the Albert Einstein College of Medicine.

In these roles, Dr. Ozuah expanded access for underserved communities, recruited and cultivated outstanding talent, advanced programs of excellence, fostered innovations in medical education, and improved financial and operational performance by integrating care across a rapidly growing and evolving Montefiore system that sees over six million patient interactions a year. He’s been recognized regionally and nationally for excellence in teaching and patient care, including as an inductee into the Alpha Omega Alpha Honor Medical Society and a two-time recipient of the Academic Pediatric Association’s prestigious Helfer Award for Innovation in Medical Education. Along with his various awards for teaching and clinical excellence, Dr. Ozuah has also been recognized by Modern Healthcare as one of the “Top 25 COOs in Healthcare.”

November 26, 2019
Educated at the London School of Economics as a British Foreign and Commonwealth Office scholar, Dr Aloy Chife is the highest-ranking Nigerian-American to serve in an executive-level capacity at a Fortune 100 technology company in Silicon Valley, USA (Apple). Dr Chife was responsible for the implementation of many successful systems currently operated by the Nigerian government including the Federal Road Safety Commission (National Drivers License), the Nigeria Immigration Service (e-Immigration project), the National Communications Commission (NCC) (telecomm users (Sim Card) registry) and the National Population Commission (NPopC) (National Births & Deaths Registry), etc. Much of the support for the implementation of these technology platforms have come from the International Finance Corporation (IFC) the private sector arm of the World Bank by way of investment and loan financing. Dr Chife has also exported software to countries beyond Africa (including Sri Lanka via a World
Post a Comment
Read more