Showing posts from December, 2009
Show All 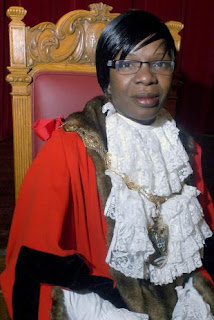 Anna is the mayor of the London Borough of Waltham Forest. Waltham Forest is a borough in East London, England and forms part of Outer London. It is a mix of built-up residential development and a fifth of the borough is made up of forestland, reservoirs, open space, parks and playing fields. It is located between part of Epping Forest in the east and the River Lee in the west which form two green corridors, passing into London from the surrounding countryside. It is sometimes confused with the adjoining Epping Forest district, which is not in Greater London. Waltham Forest is one of five London boroughs which have been designated host boroughs for the 2012 Summer Olympics. Waltham Forest is also the birthplace of William Morris, best known as one of the principal founders of the British Arts and Crafts Movement, former England Captain David Beckham, England Cricket Captain Graham Gooch and film director and producer Alfred Hitchcock. Prior to standing as a councillor, Anna was and
Post a comment
Read more 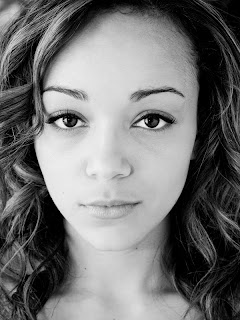 Ashley Madekwe (born 1981) is an actress best known for portraying 'Bambi' on ITV's Secret Diary of a Call Girl and the canceled The CW drama series The Beautiful Life. Madekwe was born December 6th in London, England. She has a GCSE in Drama and BTec from BRIT School of Performing Arts as well one year foundation course at LAMDA. Not only is Madekwe a trained actress but a flamenco and period dancer as well. Madekwe also attended the Royal Academy of Dramatic Art in London. While attending the prestigious school, she appeared in numerous stage productions including King Henry V as Princess Katherine and Wuthering Heights as Catherine Earnshaw. Madekwe started her acting career by appearing on English police show, The Bill. Since then she has made guest appearances on Teachers, Doctors, Casualty, and Drop Dead Gorgeous. Madekwe landed her first motion picture in the Woody Allen film, Cassandra's Dream. Madekwe played Lucy opposite Colin Farrell and Ewan McGregor. Fo
Post a comment
Read more
More posts