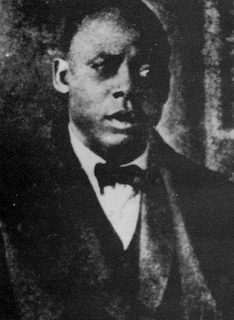 
Onyema attended the British Empire Exhibition in May 1924 and was invited to Buckingham Palace. His two-month sojourn so impressed him he vowed to prepare his people for the future through education and economic development. Onyeama invested in education, sending his own sons and others to institutions of higher learning in the country and abroad. Onyeama’s guidance and influence opened up northern Igboland of Nsukka and beyond for the Catholic Church and colonial governance. Thus he paved the way for the eventual establishment of Nigeria’s premier indigenous university at Nsukka and bequeathed on Ndiigbo a political capital, the Coal City of Enugu.

Onye Ezi Okwu said…
I have never known such lies about a man as atrocious as Onyeama n'Eke. Why try to change or manipulate history. Onyeama's evil ways are tales passed from one generation to another. The write of this peace almost paid Onyeama tribute of the gift of life to humanity. Chineke mekwalu madu ebele. Okwu as i na ari ibe ya enu.
7 December 2011 at 03:04

Anonymous said…
Correction. I am a great-grandson of Ozo Nwankwo Amadiezeoha (to apply the convention you used with his father, Onwusi). Onwusi is not a surname, as they did not have surnames in those days. My great-grandfather was born Amadiezeoha, nwa Onwusi (Amadiezeoha, son of Onwusi) He took the title "Ozo Nwankwo." The Nwankwo name (not Onwusi) has become one of the great branches of the mighty Ozo Oji clan of Eke.

November 08, 2019
New York-based Montefiore Medicine's board of trustees has recently appointed Dr. Philip O. Ozuah as the new CEO of Montefiore Medicine, the parent organization of Montefiore Health System and the Albert Einstein College of Medicine. He has also held the positions of Professor and University Chairman of Pediatrics at Albert Einstein College of Medicine and Physician-in-Chief of the Children's Hospital at Montefiore (CHAM), where he worked to deliver best-in-class clinical care with a commitment to healthcare access for the underserved. Under his leadership, U.S. News and World Report ranked Montefiore Health System’s specialties in the top 1% of the nation’s hospitals and CHAM as one of “America’s Best Children Hospitals.” Dr. Ozuah also has a strong commitment to medical education as well as deep academic medical research expertise, including as an NIH-funded investigator and as Professor and Chairman of Pediatrics at the Albert Einstein College of Medicine. In these ro
Post a Comment
Read more

November 26, 2019
Educated at the London School of Economics as a British Foreign and Commonwealth Office scholar, Dr Aloy Chife is the highest-ranking Nigerian-American to serve in an executive-level capacity at a Fortune 100 technology company in Silicon Valley, USA (Apple). Dr Chife was responsible for the implementation of many successful systems currently operated by the Nigerian government including the Federal Road Safety Commission (National Drivers License), the Nigeria Immigration Service (e-Immigration project), the National Communications Commission (NCC) (telecomm users (Sim Card) registry) and the National Population Commission (NPopC) (National Births & Deaths Registry), etc. Much of the support for the implementation of these technology platforms have come from the International Finance Corporation (IFC) the private sector arm of the World Bank by way of investment and loan financing. Dr Chife has also exported software to countries beyond Africa (including Sri Lanka via a World
Post a Comment
Read more