Showing posts from May, 2012
Show All 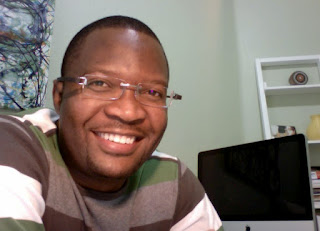 Chuks Onwuneme is the founder and CEO of Personify. Personify lets you quickly discover volunteer and social good opportunities happening around you, and real actions you can take to volunteer your time towards a greater good.

Chuks Onwuneme’s path is a long and inspiring one. At the age of 16, he walked the streets of Lagos, Nigeria to raise funds to study computer science, later earning an engineering scholarship to the University of Texas at Arlington. After graduate school, he landed a gig at Nokia in Dallas, working there for a number of years before the mobile phone giant decided to close down the R&D office.

At that juncture, Onwuneme was given a choice: Relocate to Nokia’s offices in Silicon Valley or Finland or take a buyout and leave the company.

He left, and hasn’t looked back since. Now, the 32-year-old has landed in Seattle — a city he came to love after multiple visits hanging with friends and members of the startup community– where he’s working at GameHouse and buildi…
1 comment
Read more 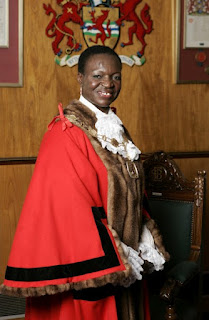 Kate Anolue is the new Mayor of the London Borough of Enfield in the United Kingdom. Councillor Anolue, who served as Deputy Mayor - and hails from Nanka, Anambra State - last year took over from Councillor Christiana During. Councillor Anolue represents Upper Edmonton Ward and was first elected to the Council in 2002.

Kate, a widow and midwife, is now the first citizen of the borough which means that only HM The Queen, members of the Royal Family and the Lord Lieutenant take precedence over the Mayor at events in the borough.

Her functions include attending many different types of functions throughout the borough, such as formal dinners, official openings of events or new facilities, talking to clubs and societies and visiting schools.

She will also host visits to the Mayor's Parlour and further the interests of the borough whenever and wherever an appropriate occasion arises.

She will act as host to distinguished visitors to the borough, including royalty, national representatives …
3 comments
Read more 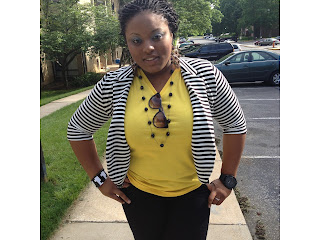 One to watch Born on the 14th of January in Leningrad, Russia, Vera is a writer, blogger and an online talk radio host. A Psychology graduate of the University of Maryland, she hails from Adazi-Nnukwu in Anambra State.
Vera moved to America in 2000 and started her well-known blog Verastically Livin' in 2006. In 2009, she moved into another dimension; Vera started hosting ‘The Verastic Show’ online. With topics such as relationships, religion, sex, money, etc, listeners have consistently tuned in every Saturday between 10am to 11:30am (U.S. Eastern time).
Since its debut, the show has had hundreds of co-hosts from in and out of America and has been listened to more than 50, 000 times --- and still counting.  The show has attracted listeners and callers from different countries, including but not limited to Canada, the United States of America, Australia, Cyprus, Nigeria, South Africa, Ghana, Germany, Saint Kitts and Nevis, Poland, Italy and the United Kingdom.
In April 2012, Ver…
2 comments
Read more 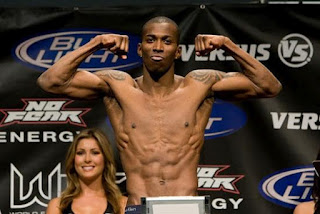 Anthony 'The Assasin' Njokuani, born March 1, 1980, is a Nigerian mixed martial artist who currently fights as a lightweight for the Ultimate Fighting Championship.

Born in Lagos, Nigeria, his family immigrated to the United States in 1983, settling in Garland, Texas. He began his martial arts training at the age of 17 and mixed martial arts at 21.

Njokuani made his WEC debut at WEC 38, losing to Ben Henderson via second round submission.

He later defeated IFL veteran Bart Palaszewski at WEC 40 and Muhsin Corbbrey at WEC 43, both via second round TKO.

In October 2010, World Extreme Cagefighting merged with the Ultimate Fighting Championship. As part of the merger, all WEC fighters were transferred to the UFC.